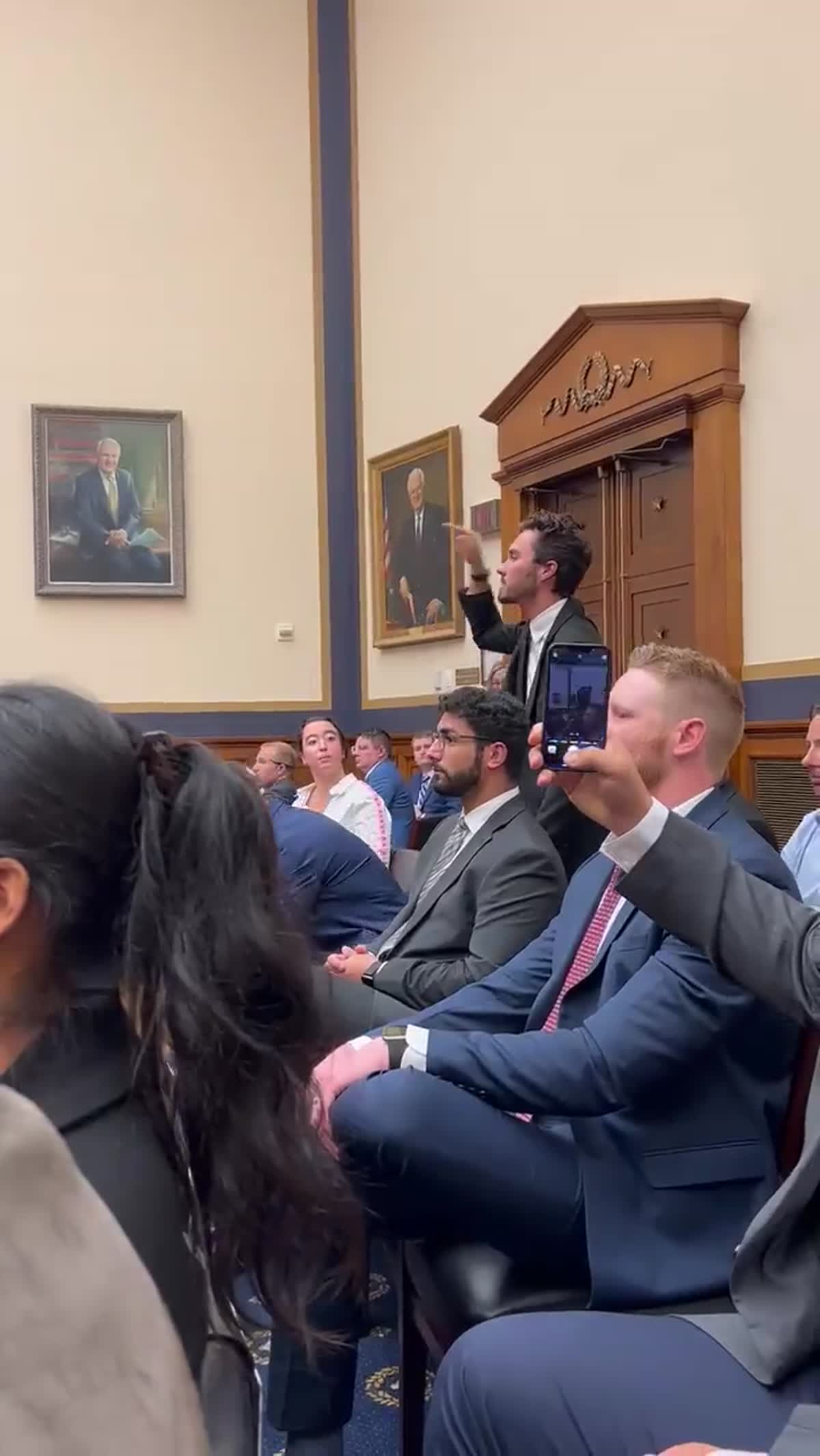 Good for him! Parkland survivor David Hogg was thrown out of a House gun control meeting yesterday after he accurately accused Andy “Pardon Me” Biggs of the same rhetoric cited in mass shootings. Via Business Insider:

During the meeting, Biggs, a Republican from Arizona, claimed Americans, specifically residents of his state, need assault weapons to protect themselves against an “invasion” of undocumented migrants, whom the conservative lawmaker said posed “a danger or threat.”

“The reality is, it is an invasion of our southern border,” Biggs said.

Biggs’ remarks prompted Hogg to rise from his seat in the gallery and yell: “You’re reiterating the points of mass shooters in your manifesto!”

“The shooter at my high school: antisemitic, anti-Black, and racist. The shooter in El Paso described it as an invasion,” the gun control activist shouted at Biggs during the meeting, referring to a 2019 shooting at a Walmart store in El Paso, Texas.

As Hoggs pointed out, the guns aren’t coming from Mexico, they’re coming from the good old USA.

As security escorted him from the meeting room, he yelled, “You are reiterating the points of a mass shooter, sir. You are perpetuating violence.”