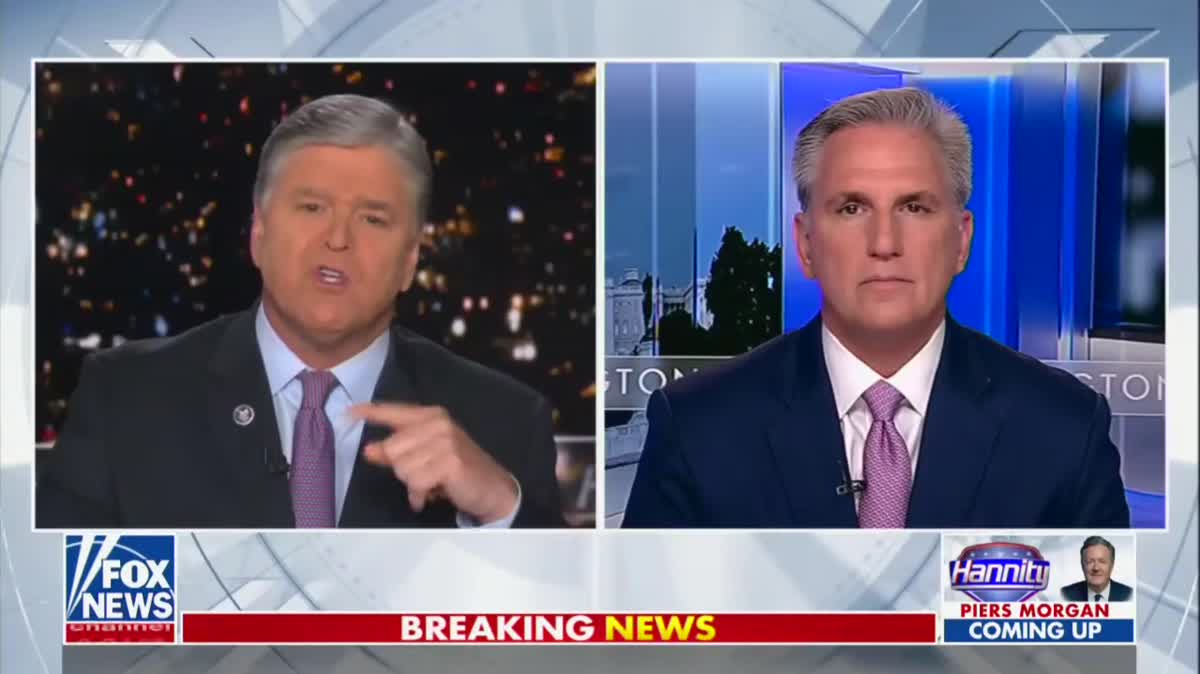 Remember when Kevin McCarthy gave the game away (to Hannity!) that the Benghazi hearings were for bringing Hillary Clinton’s poll numbers down? Oops, he did it again.

On Wednesday evening’s Hannity, McCarthy gave up his con game once again, when he admitted that if more Republicans were on the Select Committee, the American people would believe it was a fair process.

As we know, both Jordan and Banks had objected to the certification of electoral vote directly after the attack on the US Capitol, and were linked to actions leading up to and during the insurrection at the US Capitol, so Pelosi balked at their inclusion. Jordan has refused to testify to the committee.

Fox News host Sean Hannity (intimating that the January 6 hearings are definitely having an impact?) cornered McCarthy on why he didn’t replace Jordan and Banks.

“There have been questions asked, once they pulled Jim Jordan and Jim Banks, why didn’t you replace them with other people. In retrospect, should you have?” asked Hannity.