Through a GLASS Darkly: JWST Finds Oldest Galaxy in the Visible Universe

Space telescopes offer the power to look deep into the night sky, and with it, the power to look back in time. In fact, looking back into the early Universe is one of the James Webb space telescope’s primary mission objectives. Now, a new analysis of deep-field images from Webb reveals what may be the oldest galaxy in the visible Universe. To the eye, it’s no more than a tiny red blotch. But the team that found it believes that it may have formed just 300 million years after the Big Bang.

Oldest Galaxy in the Universe

The ancient galaxy is called GLASS-z13, and it has the mass of a billion suns. The same team that found GLASS-z13 also identified another galaxy of about the same age, GLASS-z11. The Z in their names stands for their redshift factor: z = 13 and z = 11. This extreme redshift, taken together with spectral analysis of the galaxy’s light, suggests that the galaxy formed during the Universe’s re-ionization epoch. 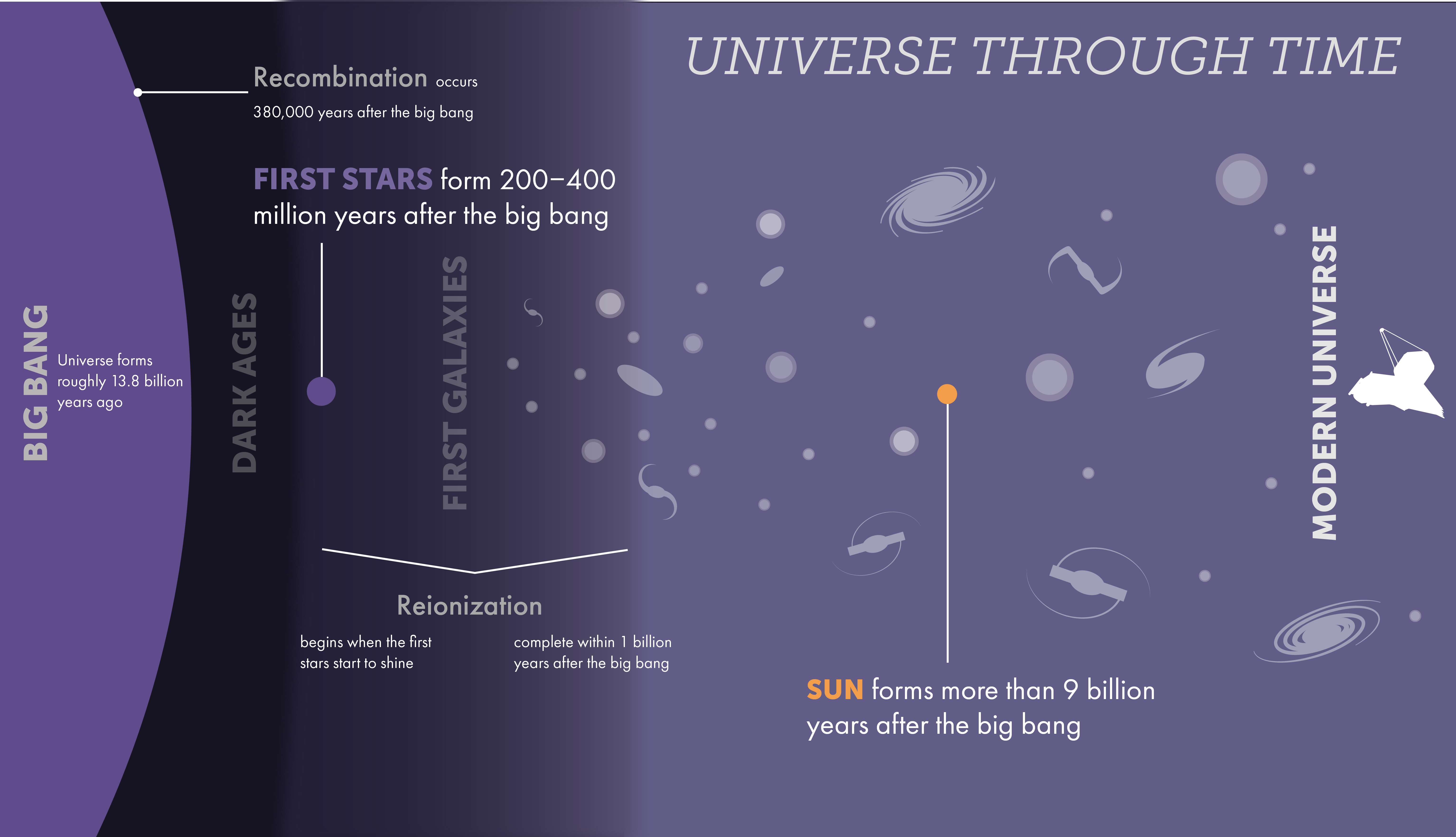 The report appears on arXiv.

In addition to redshift, we can tell the ages of stars and galaxies by how rich they are with heavy elements. Iron is the last element in the periodic table for which stellar fusion releases energy. Elements heavier than iron can’t be burned as fuel for a star’s fusion core. Instead, these heavy elements must have formed by fusion under the crushing force of a star’s mass, as it collapses in a supernova.

Young stars contain metals and heavy elements that we can pick up in the star’s spectral lines. But the oldest stars are metal-poor, because there hadn’t been any supernovas before they themselves collapsed. The heaviest elements simply didn’t exist yet. Instead, the first supernovas seeded their environments with the raw materials for complex life.

In this colorized Webb portrait of Stefan’s Quintet, the color palette shows the composition of each celestial feature. A swathe of green just below the center shows the intriguing presence of hydrocarbons.

Old and distant galaxies, like GLASS and its kin, are where scientists look when they try to find stars from the elusive Population I. These ancient stars were the first to coalesce from the gas and stardust after the Big Bang. (This is also how some supermassive black holes formed. They coalesced from the raw ambient stardust and hydrogen, instead of forming in the collapse of a gigantic dying star.) When Pop I stars went supernova, a new generation of stars formed from their stellar remains; we call that second generation Population II. Pop I and II stars formed the oldest galaxies in the universe, within just a few hundred million years after the Big Bang. It’s these stars and galaxies that Webb will use to peer back into the early days of the Universe.

While we’re not wild about the idea of Sentinels, we have to hand it to No Man’s Sky for its eerily prescient storytelling. Evidently the universe did begin with seeds of glass…

Dazzle Us With Brilliance

As a grand finale to the Webb’s commissioning phase, the telescope team released a set of scientific glamour shots. The images are a love letter to Webb, showcasing what the telescope can do. Webb observes in the infrared, a band of the EM spectrum where we can discern light from ultra-redshifted stars and galaxies in the deep sky. In fact, the very first image from Webb’s scientific debut was an extreme deep-field look at a patch of the night sky.

The James Webb Space Telescope’s first released image. What you see here takes up no more angular width in the night sky than a grain of sand, held at arm’s length.

The dazzling stream of science images from Webb shows how far telescope tech has come. If confirmed, GLASS-z11 and z13 edge out the previous record holder for oldest galaxy in the universe: GN-z11, which was a Hubble discovery. Not only does the clarity of Webb’s vision just blow Hubble out of the water, a beautiful comparison image from earlier this summer shows how Webb compares to Spitzer. (Spoiler: it’s not even close.)

In their report, the researchers express hope that the James Webb Space Telescope will be able to see still further back in time: a “crucial step in fulfilling JWST’s mission of charting cosmic dawn.”

It’s a beautiful universe. Don’t you want to find out what’s out there?